When you’ve identified a problem that you want to solve, it’s still not time to start building anything. Often you might have an idea for a solution at this point, but to avoid building something that’s not useful to anyone, it’s smart to take a step back and validate the problem with potential users of your solution. Otherwise you might spend two years of your life building something that no one actually needs.

This can happen because, even if you’ve identified a problem from your own world, other people might see the issue differently. For instance, people might agree that your problem is indeed a problem – but they don’t think it’s a significant problem (which also often means they won’t pay for your solution). To avoid this kind of result, it’s highly recommended to talk to potential users and see how they think about the problem.

Before talking to potential users, you should define the essential assumptions about the problem. The goal of the interviews should be to validate these assumptions. For example, the problem hypothesis may be something like:

People don’t have good transportation options in mid-sized cities, because:

Because of the many reasons listed above, when interviewing a potential target customer, try to do the following:

The Mom Test outlines how a customer interview can be done well or poorly. In a bad interview, you ask questions that will guide the user to answer in the way you want by already giving part of the answer. For example, “are you interested in a cookbook for your iPad?”

In a good interview, you instead ask very specific questions that do not limit the answer. For example, “how do you use your iPad?” or “how do you find recipes when cooking?” When conducting customer interviews, you will get a closer look at whether the problem you are assuming is real and whether the interviewee is seeking a solution that is valuable.

Always conduct at least 10 (preferably 20–30) interviews to confirm your assumptions. Systematically record the results and compile them after the interviews, then analyze the results. Does your problem really exist? Would your solution to the problem actually be valuable for your target audience? If, in your target audience, half of the people have this problem, are you able to find what these people have in common and thus focus on your customers? Based on the results, conduct more interviews and correct your problem hypothesis as needed. If it looks good, start implementing the first version of your solution and test more. 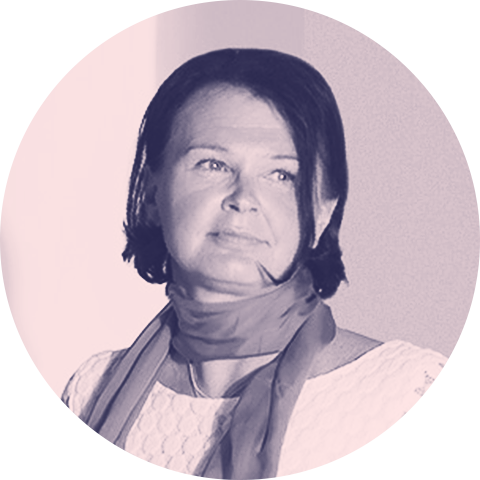 Insights from an entrepreneur – Disior

Anna-Maria Henell is the co-founder and CEO of Disior, a medtech company creating software to analyze, quantify and parameterize medical images for diagnostics, pre-operative planning and treatment optimization.

How did you end up founding Disior?

“After working 20 years at Nokia and Microsoft, it was time to decide whether to continue working in the mobile industry or start doing something totally different – and I ended up choosing the latter.

“I had been developing mathematical analytics and simulations technologies with my colleague, who is today one of my co-founders, and started to think where else could this technology be used to solve a problem. We focused on B2B and started to do research about which industry to go into. We reached out to our networks and interviewed people. We talked about their work in general, asked about the tools they used, and what kind of solutions would benefit them the most. Medical technology started to sound like an option.

“I ended up scrolling through the phonebook, picking up the phone and calling the leading professors at Helsinki University Hospital saying 'Hi I’m Ansku and I have this technology that might be useful for you.' That was the starting point of how we ended up diving into medical technology. Eventually, the person picking up the phone ended up being one of our co-founders.

“We now have two doctors as co-founders. It has been highly necessary because, basically, we did not understand the market at all in the beginning.”

How did you validate the problem?

“Actually, we didn’t start with a specific problem – so in the beginning, the problem was not clear at all. We spent roughly six months thinking about what was the exact problem we wanted to tackle. We spent a lot of time thinking about the approach with our two medical co-founders and discussing with multiple doctors and professionals in the field. In the discussions, we wanted to find out what are their biggest pain points and how could we create significant value for them.

“After the validation, our vision was clear: we wanted patients to have the same quality treatment no matter where they are or which doctor is looking at medical images.

“We ended up starting with orbital fractures because doctors in the field were familiar with similar kinds of tools as ours. Also, these kinds of tools perform very complex tasks that cannot have something go wrong – so it was smart to first solve the problem for one niche compared to solving it for everyone at once, which increases the complexity even more.

“At the time, this field was also the one where we had the best networks that allowed us to get feedback. We built the MVP pretty fast based on the comments from our networks. The niche market of orbital fractures allowed us to test the product and its value with the customer and get credibility in the field. That’s how we also gained the knowledge and confidence needed to start offering the solution to other fields such as orthopedics.”